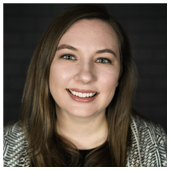 I want to start off today by having you think back to your most embarrassing moment of all time. Painful, right?

To make you feel better, I'll share one of mine. I was on the bus, sitting in one of the seats. But I had a really heavy backpack on, when I noticed my shoelace was untied. Just as I bent over to tie it, the bus took a sharp turn and I literally somersaulted across the dirty bus floor and landed on my back, looking up at everyone on the bus.

This was a painful / cringeworthy memory for me for a long time... Until I learned that in some cases embarrassing mistakes can actually work to our benefit in a phenomenon called The Pratfall Effect.

Today we’re going to explore the Pratfall effect, diving into some real-life examples, classic social psychological research on it, and how we can leverage it in brand building.

Starting with a real-life example…

Some of you may recall the 2013 Oscars, where witnessed one of Jennifer Lawrence's most embarrassing moments on live TV. As she walked up to the stage to accept her Best Actress award, she tripped on her dress and fell.

But this blunder only helped boost JLaw's career - all of a sudden she was lauded as the most down-to-earth and relatable celebrity.

But why did this work to her advantage and why don't embarrassing mistakes work to everyone's advantage? For example, Rob Ford's fall on the football field (and many other blunders) went viral for all the wrong reasons.

To answer that question, let’s start with some background on the Pratfall Effect and why it happens.
The Pratfall Effect is the tendency for someone’s attractiveness level to either increase or decrease after they make a mistake, depending on their existing perceived ability level.

In the classic demonstration of this effect, social psychologist Elliot Aronson had participants listen to a recording of an interview and rate the attractiveness of the interviewee. The interviewee was either average or a highly competent individual and either committed an embarrassing blunder (i.e. spilling coffee all over themselves) or not.

But why this paradoxical effect for highly competent individuals?
• The idea is when they are already perceived as 'superhuman' (highly competent), they feel 'distant' and the Pratfall 'humanizes' making them more relatable and therefore boosting positive perceptions.
• For a more average person, the blunder feels a little too real and hits close to home, negatively impacting perceptions of the person.

How does the Pratfall Effect apply to brand building?
People assume brands, like people, are fallible. Admitting weakness is a tangible demonstration of honesty that can make other claims more believable. Many brands have used their shortcomings or mistakes to their advantages – what are some examples?
• Tesla’s mishap when unveiling their Cyber Truck. They claimed the truck was basically bullet proof. To demonstrate that, their chief designer threw a steel ball at the window and it unexpectedly broke. The video of the launch went viral and Elon Musk took to twitter to laugh about the mishap, and even designed merch around it. The whole thing brought more eyes to the event, resulting in more interest in the truck and profit from merch sales.
• KFC had an issue with their chicken supplier and was forced to close hundreds of UK stores for a week. Rather than brush the incident under the rug, they owned it with a full-page ad poking fun at the mistake, and got a very positive response from consumers.

But the Pratfall Effect remains a risky tactic that requires a certain degree of certainty that your brand is already perceived to be highly competent. If your brand is perceived as average or worse, you run the risk of hurting consumers’ perceptions.

To conclude, we saw that the Pratfall effect is a phenomenon whereby an embarrassing blunder reinforces a dominant perception.

So, I invite you to keep this in mind the next time you spill coffee all over yourself or somersault across a public bus – remember that sometimes owning your mistakes can actually have the paradoxical effect of making you seem more human.